Electroceutical is a recently coined term that substantially contains all the bioelectronic medicine that employs electrical stimulation to influence and modify the functions of the body, by administering electrical impulses directed to specific nerve fibers or to particular cerebral circuits, which allow the treatment of various pathologies through the autogenous production of neurotransmitters.
The nervous system supervises all the functions of the organism, sending orders through electric impulses.

When these impulses do not work as they should, they could be corrected externally by artificial electrostimulation.
Each tissue/cell has its own specific mode of response to electrical stimuli. Through a stimulation with certain characteristics of frequency, intensity and duration, the excitability of the cell/tissue is activated, generating the “reparatory” response of the organism.

Covered by several international patents, it is the result of research dedicated to the creation of a non-pharmacological system for the treatment of diseases and complications affecting the peripheral, vascular, locomotor and nervous systems.

It consists of biocompatible electrical signals generated by computerized neurostimulators and administered through transcutaneous electrodes.

The FREMS™ signals are biocompatible because, unlike traditional electrotherapies, they are simultaneously modulated in frequency, amplitude and duration, depending on the biological tissues that it desires to interact with, producing a rapid and lasting therapeutic and antalgic effect. 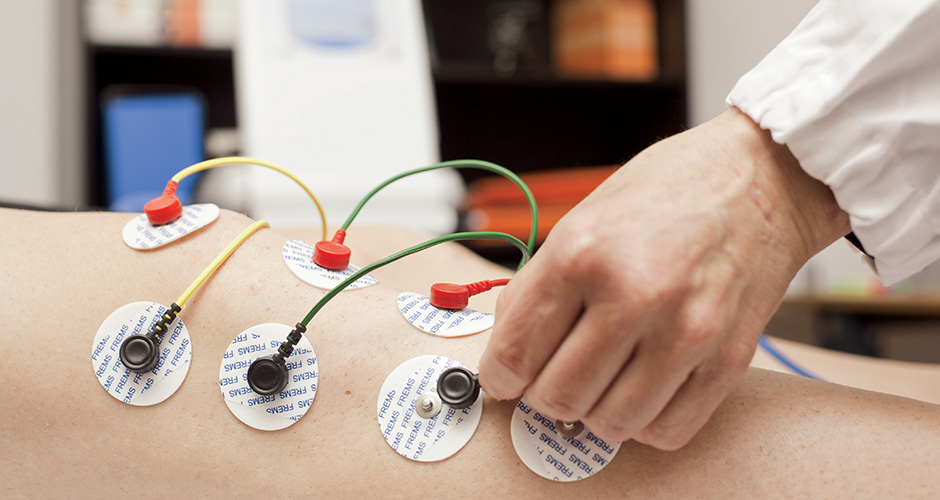 FREMS™ promotes a lasting healing effect and rapid pain reduction without side effects.
To date, some mechanisms of action and biological effects on our organism have been scientifically demonstrated, promoted by specific sequences:

FREMS™ is proposed as a valid and innovative approach in the care of:

It integrates perfectly with other rehabilitation systems offering a valid alternative to pharmacological treatment and delaying / avoiding any surgical intervention.

Excellent results with patients refractory to other therapies or treatments.

The only scientifically validated neurostimulation to exert an action of neo-angiogenesis by promoting the release and synthesis of VEGF and other growth factors. 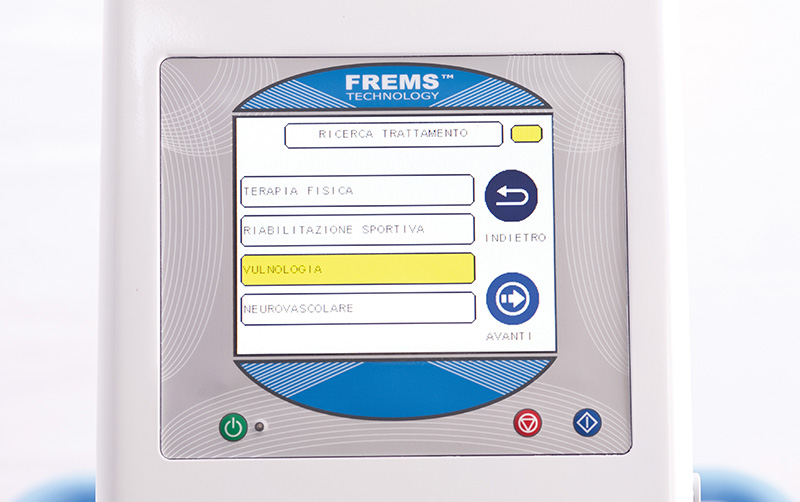 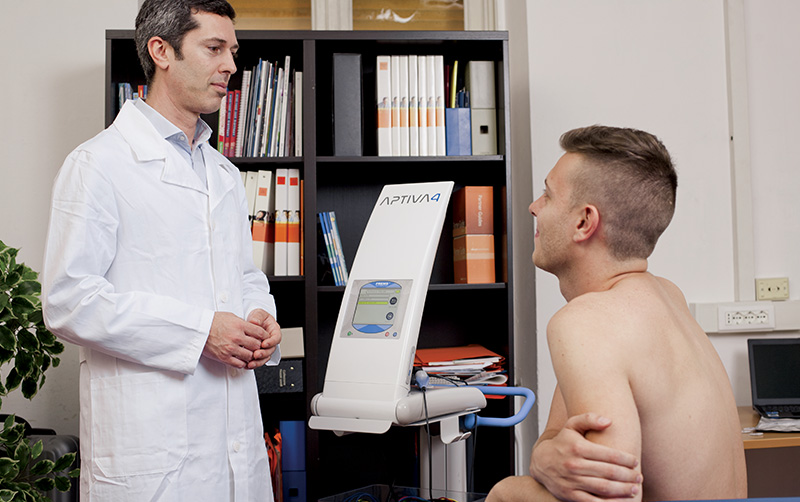 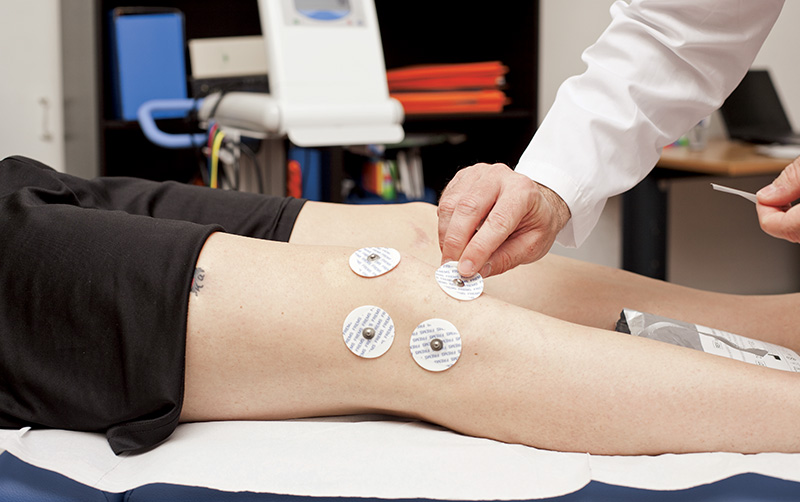 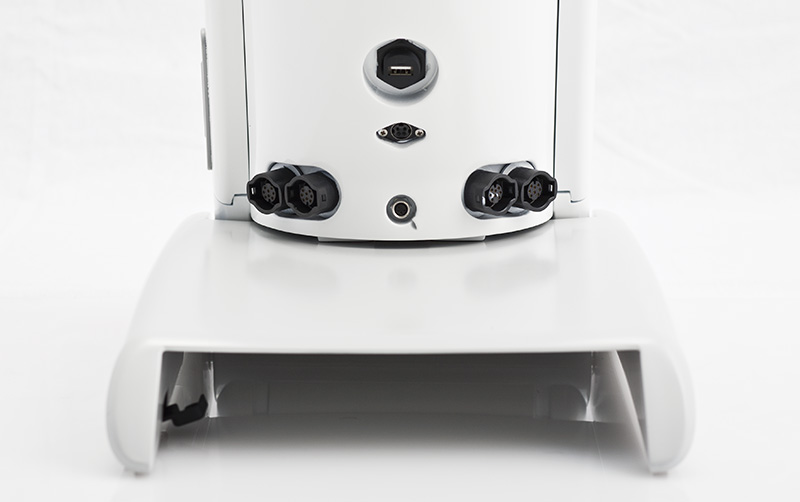 The FREMS™ therapy is administered by the Aptiva Fisio Frems, Aptiva 4 medical devices and their respective portable Speeder models, applying small disposable transcutaneous electrodes certified specifically for the FREMS™ application on the area to be treated. The electrodes must be positioned according to standards defined for each specific treatment and protocols tested for each individual application.
The treatment consists of a cycle of sessions of about 25 minutes whose number is determined by specific protocols for each type of pathology, allowing the choice between acute, sub-acute and chronic. The specific treatment program and the number of sessions is established by the doctor.

The new Medical Device APTIVA FISIO FREMS is dedicated to the treatment of diseases affecting the musculoskeletal system.
It represents the evolution of a technology consolidated over time that has already demonstrated its high therapeutic efficacy. With the improvements made, both the simplicity of use and the reliability of the results have increased.

It is equipped with 2 independent neuro stimulation channels each of which has 4 dipoles. The 16 total electrodes therefore allow an adequate differentiated stimulation capacity for over 80 application protocols.
It is also equipped with the electrode detachment control function, which guarantees the best efficacy of each treatment and highlights any anomalies even before starting the therapy. In fact, during the session it is possible to check whether the electrodes transmit the FREMS™ therapy correctly, in order to optimize the final result.

APTIVA FISIO FREMS is a medical device (class IIa) with the CE mark and INMETRO. The equivalent model APTIVA MOVE, whose sale is limited to Russia, is provided with the GOST R. mark.
Software, user manuals and application manuals are available in Italian, English, Spanish, Portuguese and Russian.

In order to increase the manageability and practicality of the device, it is possible to request a suitcase for transport and a trolley on which to install the device, thus being able to transport it easily in an outpatient setting and keep the stimulation cables in an orderly manner.

Where you want, when you want

Speeder is the FREMS ™ tool ready for use in every situation, thanks to its portability and manageability. It has a compact design and uses a touch screen interface and soft key keyboard.

It is equipped with two stimulation channels (each of which has 2 dipoles) and uses single-use electrodes FREMS™ branded. The software is intuitive and contains protocols for physical therapy and sport.

The following classes of patients are excluded from the use of APTIVA FISIO FREMS and Speeder: 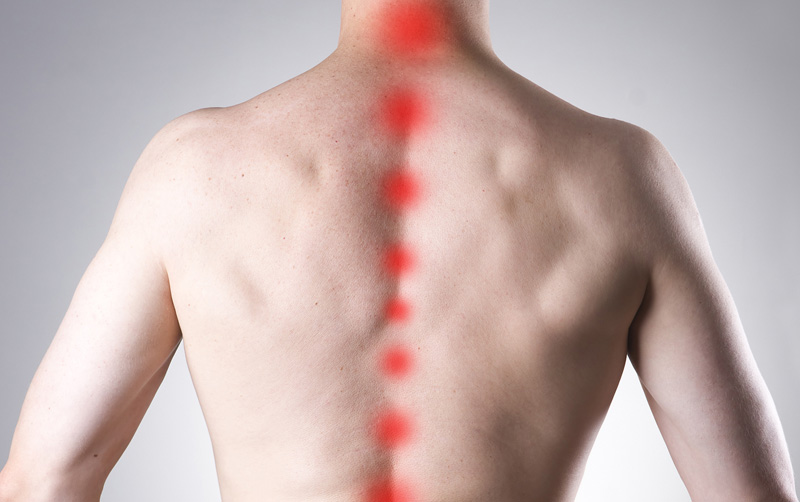 Low back pain (Lumbosciatalgia or sciatica) is a set of symptoms that originate from the nerve root of a lumbar or sacral vertebra and occur along the whole (or a part) course of the sciatic nerve and can reach the foot. The nerve is compressed and can cause various symptoms (loss of strength, sensitivity, tingling, in all the body regions it crosses.) It is estimated that about 40% of the world’s population, at least once in their life, has suffered from backache; the percentages show a significant increase if the evaluation refers to the developed world and can even reach 80% if it is relative to a country with a high industrialization rate, which means that the highest probability of having back pain is correlated to the working age population.
FREMS™ therapy promotes the reduction of pain on the affected nerves and has an anti-inflammatory and decontracting effect on the vertebral muscles involved. The benefits can already be obtained in the first session. 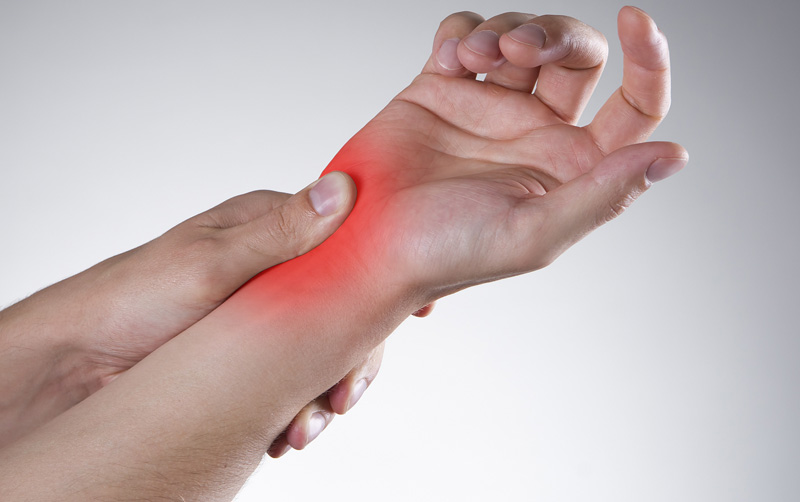 It is the expression of a variety of entrapment mononeuropathies of which the radial nerve inside the carpal tunnel is a typical example.
FREMS™ therapy promotes, in addition to the reduction of pain, the reduction of skin paresthesias on the fingers and delays or prevents surgery. 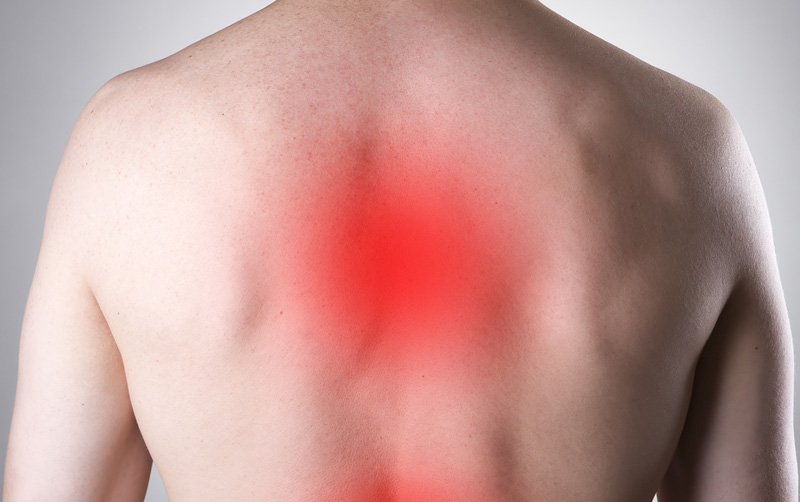 Painful myofascial syndrome is characterized by deep muscle pain with stiffness of the muscle area involved, spasms and muscle weakness.
FREMS™ therapy promotes the reduction of pain and contractures, with a better efficacy and durability compared to conventional electro therapies. In the case of myofascial syndrome at the cervical level there is a marked improvement in the joint mobility on the cervical tract. 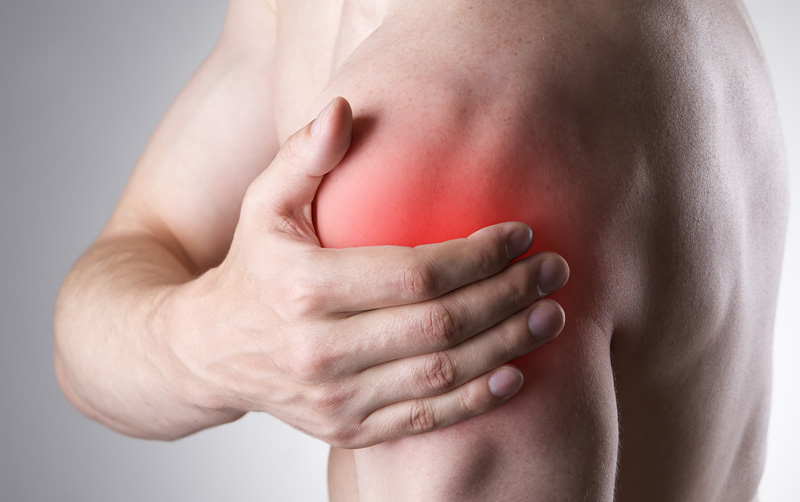 FREMS™ therapy is one of the few therapies that can be applied in the immediate post trauma stage in total safety. In fact, FREMSTM does not increase the temperature during stimulation and has an immediate effect both on pain and on the blood extravasation (hematomas and inflammations both muscular and articular).

Are you a patient and do you need rehabilitation?

Discover the center closest to you!

Are you a physiotherapist and would you like a quote?

Are you a physiotherapist and want to receive information on FremsLife products and stay updated on our training courses, fill out the form below