The laser modulation at very low power levels, which constitutes the heart of the Libralux patent, proposes to the biological system a photoinformation capable of restoring the homeostatic equilibrium of the Extracellular Matrix.

The “signal” is captured through acupuncture points, which have been documented as having greater ability to absorb light, and spreads according to paths very close to those that acupuncture of the Traditional Chinese Medicine defines “Meridians”.

With negligible energy dosimeters compared to those normally applied in low-power laser therapy, clinical and laboratory experimental evidence has been obtained to prove its effectiveness. 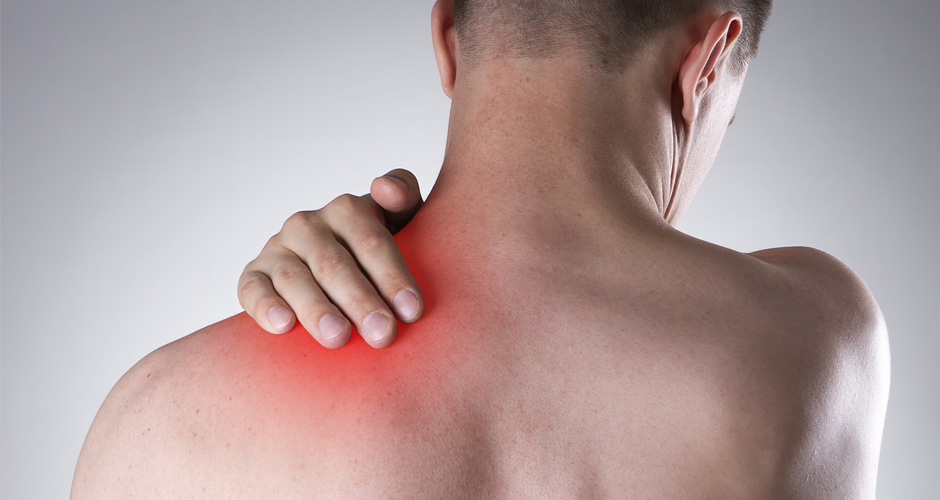 It uses a red light diode laser (lambda greek) 650 nm with a peak power of 7 mW which is modulated with three low frequency square waves for a total duty cycle of 0.25% (0.175 mW).

The emission is irradiated with a divergent beam for a section of the beam at 35 mm that does not exceed 10 mm² for a fluence of 1.75 mW / cm². It takes place in pulse trains with a total duration of 20 seconds for an energetic dosimetry of 0.1 mJ / cm².

The selection of stimulation points is guided in videography according to specific protocols for Musculoskeletal Algie – Motor and balance deficits – Scars, ulcers and skin sores.

The device can be used according to acupuncture logic: a specific selection allows to select the meridian to be stimulated in order to have the appropriate modulation selection. 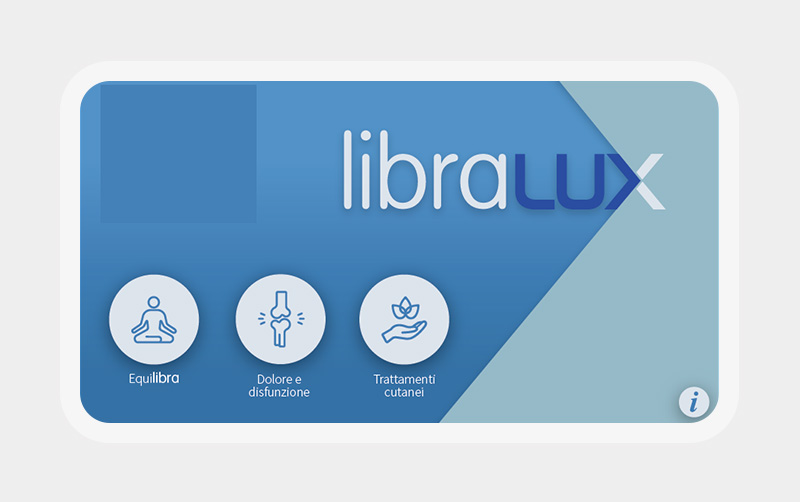 Immediate benefit for the patient

Specific treatment for musculoskeletal pain in the different body areas and for motor or balance disorders associated with them, with immediate evidence of the decrease/disappearance of pain. 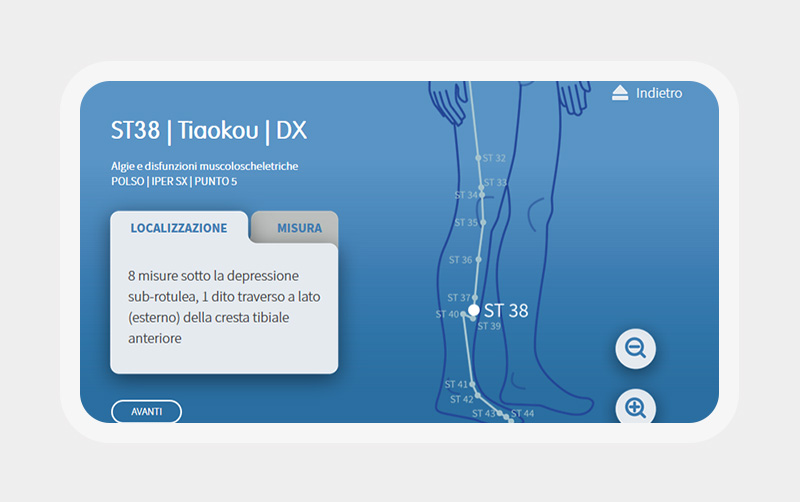 Through a colour touch screen display with high resolution, the operator is guided in the selection of the protocol, in the location of the point to be stimulated, with its anatomical visualization, and in the execution of the stimulation. 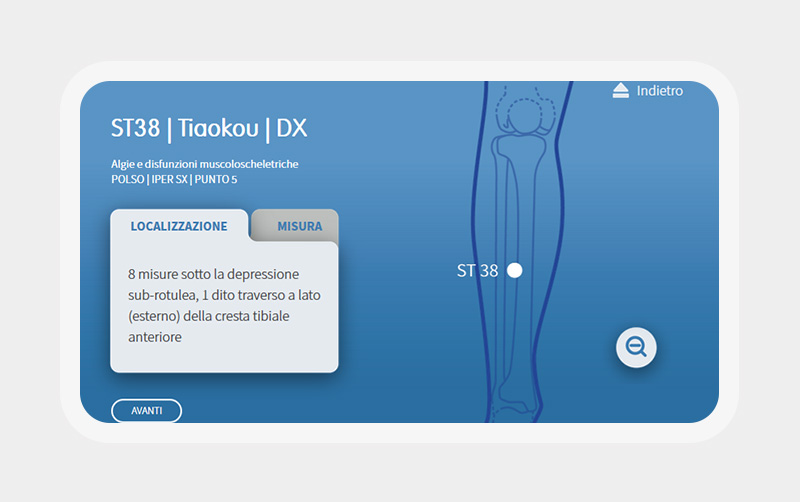 The physical characteristics of the beam (wavelength, modulation and power) are automatically adjusted to the specifications needed for each point to be stimulated.

The following patient classes are excluded from the use of LibraLux:

carriers of implanted pacemakers and electrostimulators of any kind;

children under the age of 12 (in principle it is advisable to avoid stimulation on growth cartilages);

neoplasia carriers (stimulation proximal to the neoplasia itself is in principle not recommended due to its stimulating nature of metabolic activities). 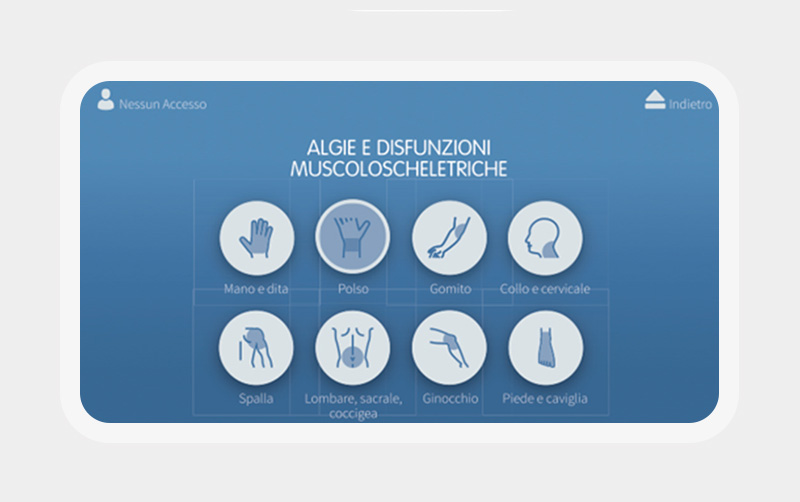 Muscoloscheletric pain & motor or equilibrium disorders associated with them

Musculoskeletal pain is always associated with a disequilibrium of the physiological state, which causes a change in the state of the extracellular matrix that alters the interaction between the organ and tissues.
LibraLux, restoring the correct “respiratory” cycle of the extracellular matrix proteins, is suitable for the specific treatment of musculoskeletal pains in the different body districts and of the motor or balance disorders associated with them, with immediate evidence of the decrease/disappearance of the pain and the obvious functional benefit. 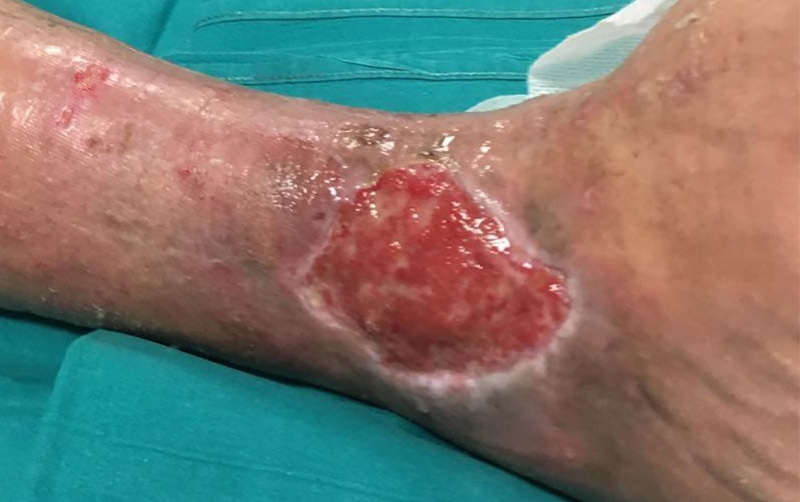 The effects of low-power laser therapy on the granulation of the tissues and on the healing of the same are known.
The experimental activities performed with a pulsed laser at very low power levels – from which LibraLux was derived – confirmed a marked acceleration of cellular and tissue metabolism specifically attributed to the particular modulation adopted.

Photodynamic Modulation of Wound Healing: A Review of Human and Animal Studies Effect of laser therapy on expression of angio- and fibrogenic factors, and cytokine concentrations during the healing process of human pressure ulcers

Are you a patient and do you need rehabilitation?

Discover the center closest to you!

Are you a physiotherapist and would you like a quote?

Are you a physiotherapist and want to receive information on FremsLife products and stay updated on our training courses, fill out the form below